The works of art for the “Big Four” series

Screen printing in a limited edition of 6 series, signed by the artist Christian Muscheid

The art of unique watch designs meets the art of contemporary painting. The logical consequence of the collaboration between nobeluhren-store.de and the Munich based artist Christian Muscheid is this limited series. The pictures show the distinctive designs of the „Big Four“ and reduces them to their core elements.

We would like to introduce you to the works of art for the “Big Four” series.
These are the three well-known design icons by Gérald Genta. Audemars Piguet ROYAL OAK 5402 from 1972, Patek Philippe NAUTILUS 3700 from 1976, IWC Ingenieur SL 1832 from 1976 and the fourth in the series designed by Jörg Hysek Vacheron Constantin 222. 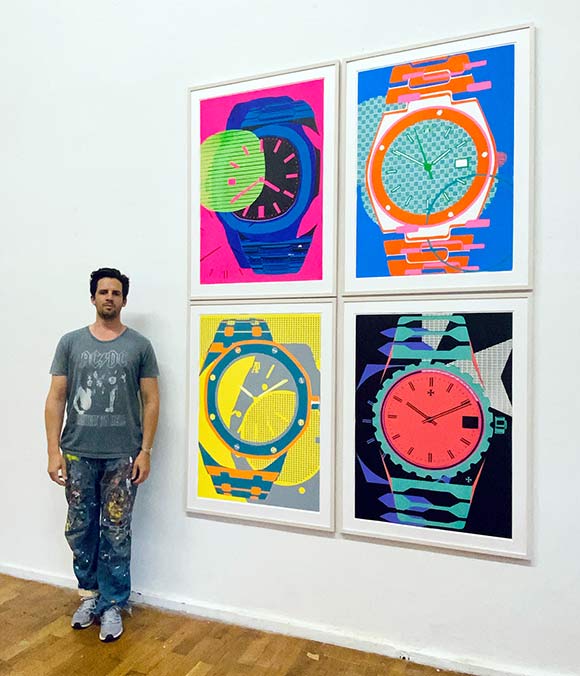 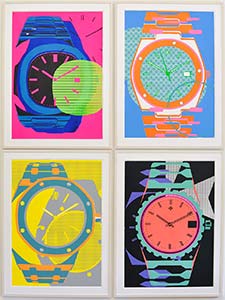 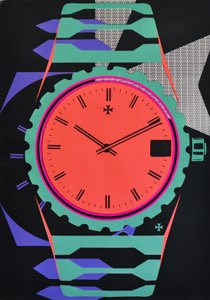 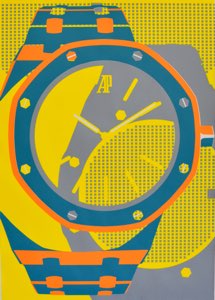 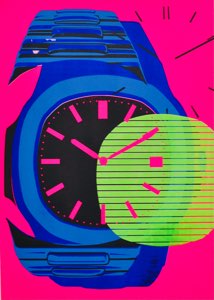 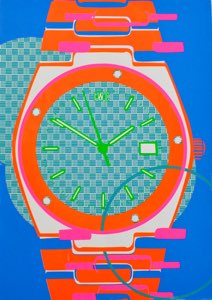 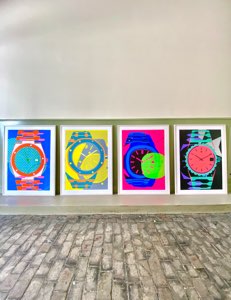 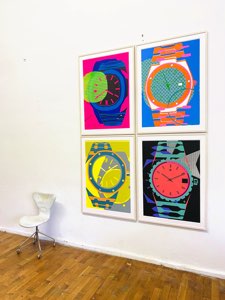 super+ is an artist community and was founded in 2012 by the sculptor Alexander Deubl, the painter Christian Muscheid and the product designer and interior designer Konstantin Landuris. super + takes on the task of working together as a collective. As a collective, complex projects can be implemented and realized more dynamically, own ideas can be jointly developed and new impulses can be created.

Christian Muscheid studied painting at the Academy of Fine Arts in Munich and at the Facultat de Belles Artes in Barcelona and received his master's degree from Professor Jerry Zenjuk in 2009. 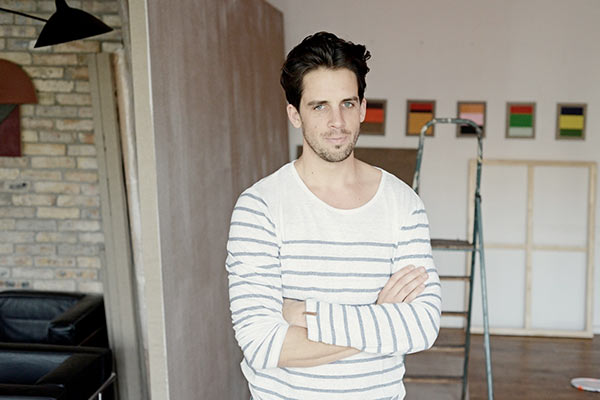 The artist is a member of the collective New Munich Painting, which has set itself the goal of establishing new aesthetic modes of expression for the field of painting. In addition to the studio grant from the City of Munich (2010) and the studio grant from the Bavarian State Ministry for Science, Research and Culture (2013), his work was awarded the Renate Küchler Prize in 2010. As a founding member of the artist group "super +", Christian Muscheid works on a project basis; last in 2015 the "flight of the phoenix" became a PIN. Festival at the Pinakothek der Moderne, Munich and in 2016 at the Nuit Blanche, Paris.

Christian Muscheid was born in Saarbrücken in 1982, lives and works in Munich. Since 2004 he has been studying painting with Prof. Jerry Zeniuk (Academy of Fine Arts, Munich). In 2008 he spent a semester abroad in Barcelona at the Facultat de Belles Arts. In 2009 he became a master class student and received his diploma in January 2010.

Find more information about Christian Muscheid on his website www.universal-painting.de.

If you wish to get more information on this series, please feel free to contact us via the contact form!

We are obliged to store all of our stock in a bank safe for security reasons, meaning that the watches displayed here can only be viewed by prior appointment. We thank you for your understanding.